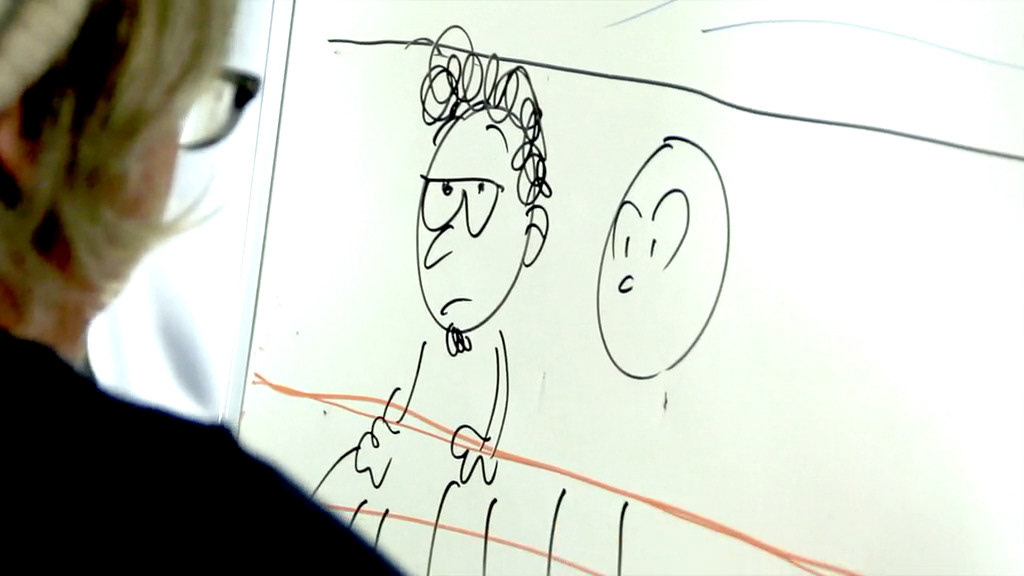 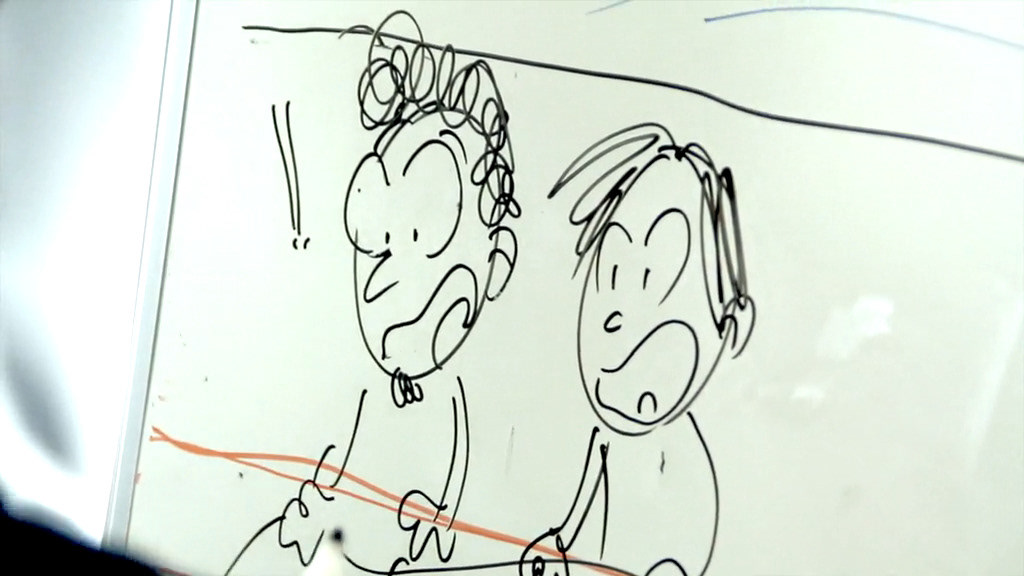 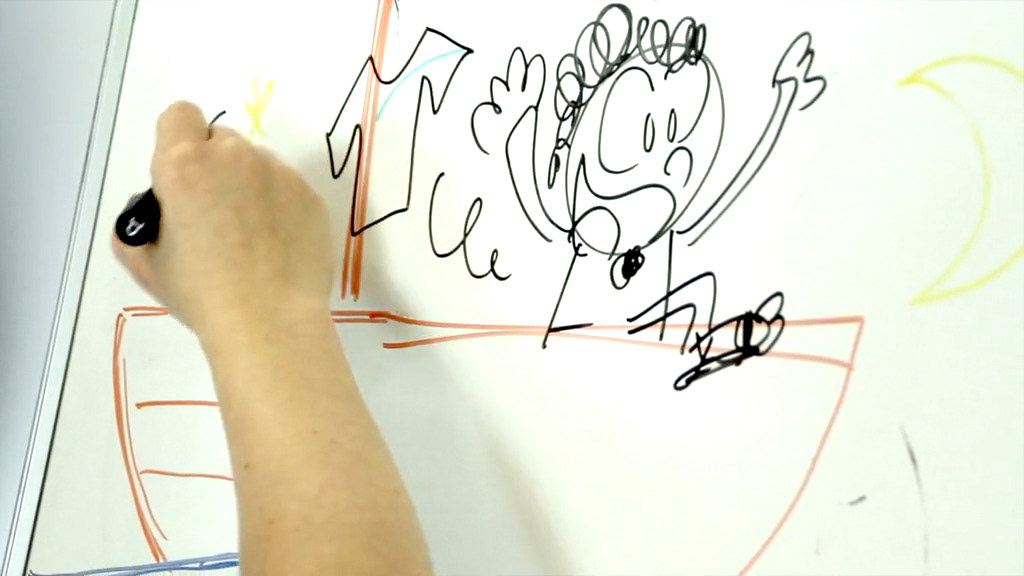 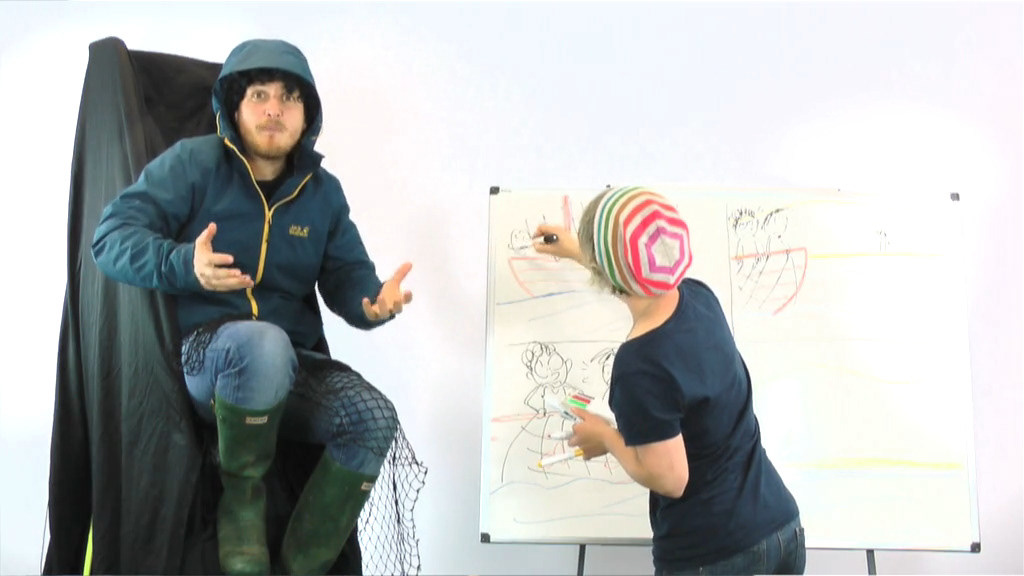 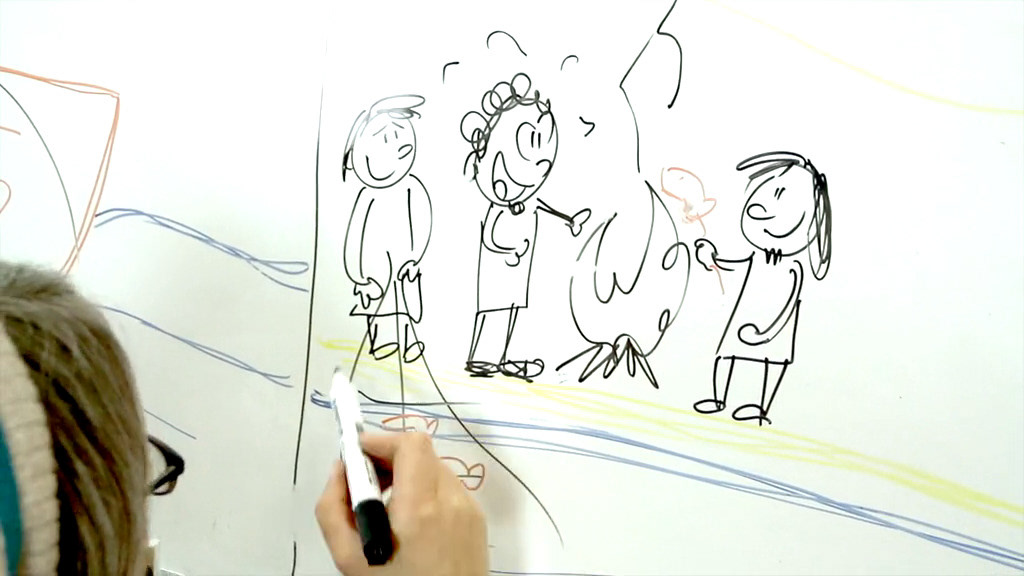 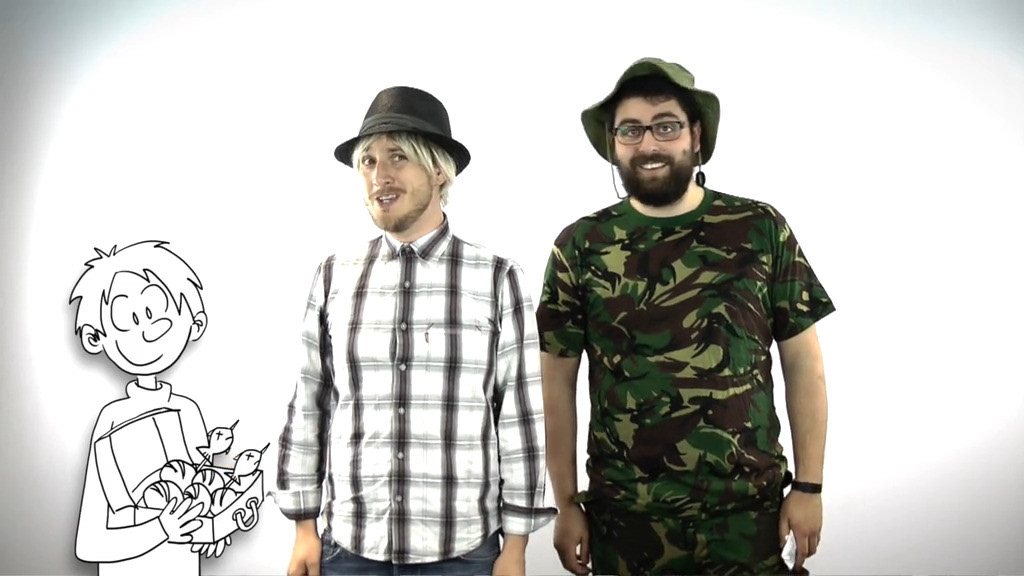 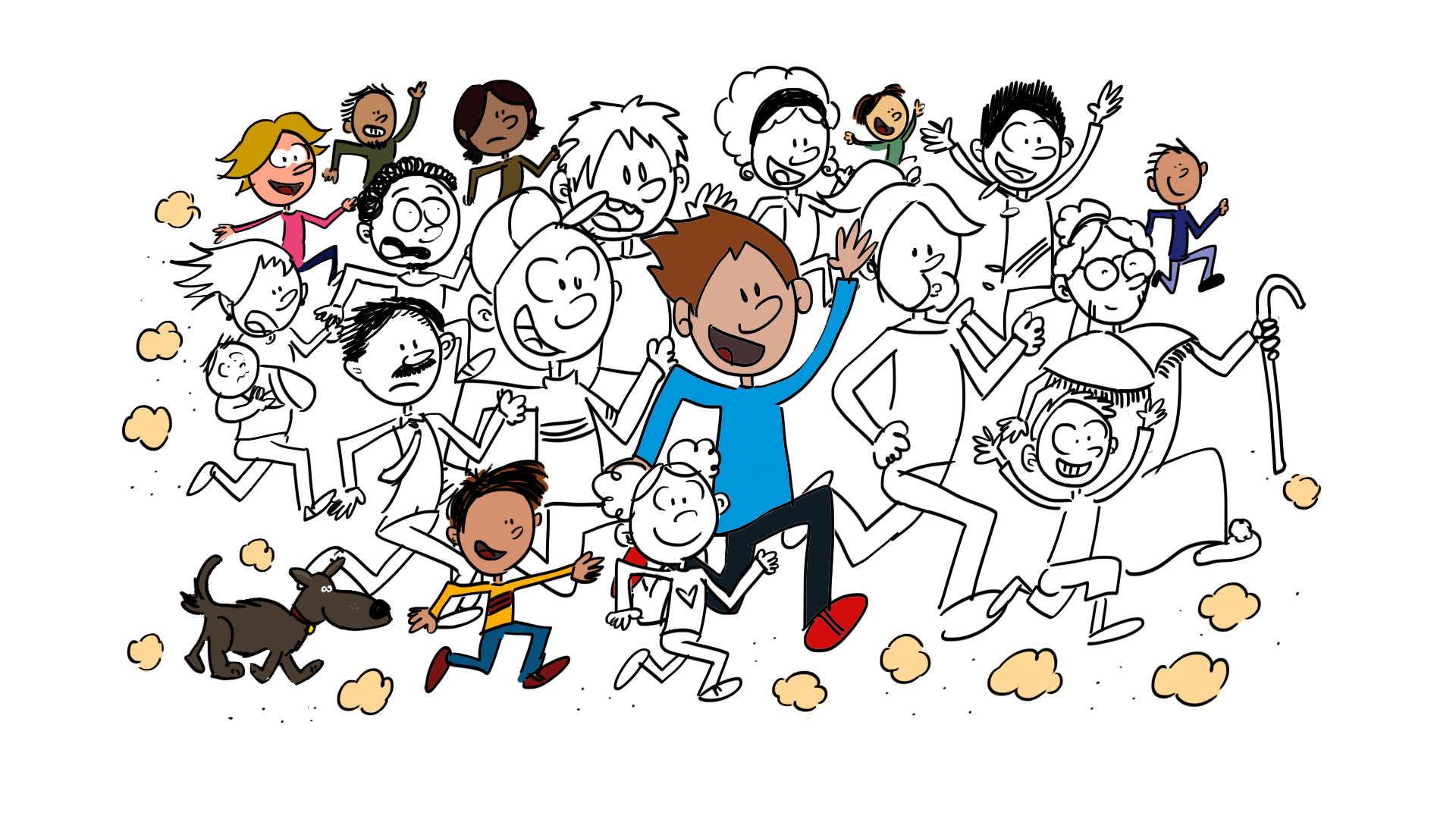 I've been volunteering with BIG Ministries (now a part of British Youth For Christ) since 2004, doing children's and families' work with churches and Christian organisations all over the United Kingdom. I also work with them on projects and resources in a professional capacity. This time, our team was called upon to produce some videos for Lent under the 40 Acts banner, to be hosted on Youth For Christ's school resources website. I also contributed some lovely cardboard props to a couple of other films on the day, as is my custom.
For Breakfast on the Beach, I was live drawing (my first time – watch me juggling a handful of pens) alongside actor and storyteller Damian. Watch the finished film here.
For the story of Feeding of the 5,000, I made some jolly illustrations for the video retelling the story of Jesus feeding a rather large number of people (and back in Bible times, they only counted up the men). Watch the finished film.
Client: BIG Ministries / Youth For Christ / RE:quest / 40 Acts
Year: 2015

This site uses cookies and other tracking technologies to improve browsing experience on this website, to show personalized content and targeted ads, to analyse website traffic and to understand where our visitors are coming from. By browsing this website, you consent to our use of cookies and other tracking technologies. Accept